Okay, let’s start from comparing empty builds.
To measure FPS in unity3D I’ll use hand-made FPSmeter working with GUIText.
In AIR builds I’ll use different FPSmeters, usually in-built to the frameworks I’ll use.
Well, let’s see to the built apks (I built Captive Runtime in AIR and usual release build in Unity3D):

FPS: I see stable 60 on the mobile device (Galaxy Tab 10.1 resolution – 1280×800).
RAM: I can’t measure total ram used in AIR (including runtime) from the AIR itself using standard APIs AFAIR (let me know if I’m wrong here please); I can use Profiler class in Unity3D for this purposes. Yeah, I could use some external profiler for AIR, but since profilers overhead will be different it will decrease overall accuracy, so I’ll skip RAM measurements at all.
Files size:
AIR – 9223 kb
Unity3D – 7406 kb
If I’ll use “Strip Bytecode” Stripping Level in Unity3D, I’ll get 6946 kb build size. Pretty nice, counting we have Unity3D player there!

Fine, let’s add TextField to the Stage in AIR and OnGUI label in Unity3D to output there our code execution time.
Let’s start from the arrays creation and filling with random numbers.
I’ll use fixed typed Vector in AIR since it’s a fastest standard array there.
And I’ll compare it with standard typed array in C# – it’s a fastest available there too.

I looked into both AS3 and C# compiled code to ensure compilers didn't optimize these simple expressions. After I uploaded APKs to the Galaxy Tab, this is a result:

This time we see a pretty big difference here - Unity3D faster than AIR more than 3 times! I think this difference is important counting we measured very simple code usually presents in every game or application.

Try to compare yourself, maybe you'll get another results (I'll be glad to know about them) - look at the files from archive:
Random*, Clean*

Okay, what if we'll use Flash exporter in Unity3D and look how exported SWF can compete with SWF created traditional way in the desktop Flash Player projector?
Let's increase iterations count to 1 000 000, export form Unity3D (for Flash Player 11.4) and recompile AIR app. After launching resulting swfs in FP Projector 11.6 I saw this results:

So we can see this code takes much more time in Unity3D exported SWF compared to the usual SWF.
If we started to compare desktop performance, why not to try usual Unity3D desktop builds? I mean WebPlayer and standalone for PC.
Unity3D WebPlayer vs SWF in FP Projector:

Looks like it's almost same as in WebPlayer, good. One interesting observation - x64 build works a little bit slower than x86 one.

Moving next - let's remove all array-related code from our tests, leaving only pure for loops and methods calls. Results on Galaxy Tab:

I tried to compile AIR test using ASC2 compiler with hope to see significant speed increasing, but result was 3991 ms, not so much =(

Well, looking at the tests results I can say AS3 code speed is still an Achilles heel of AIR, like as some years ago. I hope this will change in future though.
Unity3D Calculations*, Simple Code*

Render time! Let's start from 2D with simple test - 3000 small rotating quads.
I use Starling for AIR test (yes, I know about other fast 2D frameworks for AIR, this one is most popular and supported by Adobe though).
Also I use 16 bit colorDepth and Starling's built-in FPSmeter.

I made orthographic camera in Unity3D with Solid Color clear flag.
Also I'll use simple hand-made RGB color shader.
And I disabled Use 32-bit Display Buffer, Use 24-bit Depth Buffer in the Player Settings. 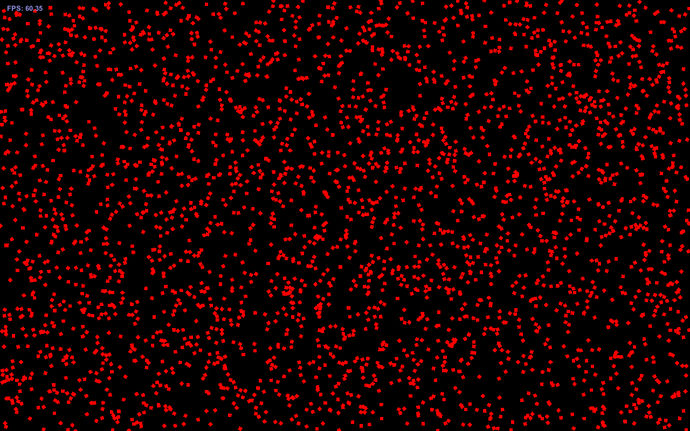 We got pretty interesting, but expectable results. Unity3D uses 3 dimensions to manipulate objects and calculate things, Starling uses and optimized for 2D only calculations. This is a one of the reasons why Starling faster in 2D mode now. Did you know Unity3D team is working on adding special 2D mode? 😉
Quads*

Now let's use a texture with alpha on this quads, reduce quads count to 1000 and add some movement.
I got a texture form the Bohan Valera's Starling Benchmark open source app (Hey, Valera! =) ).
And I used RGBA DXT5 texture compression in Unity since my Galaxy built on top of the Tegra 2 and DXT5 is a best one available for Tegra. 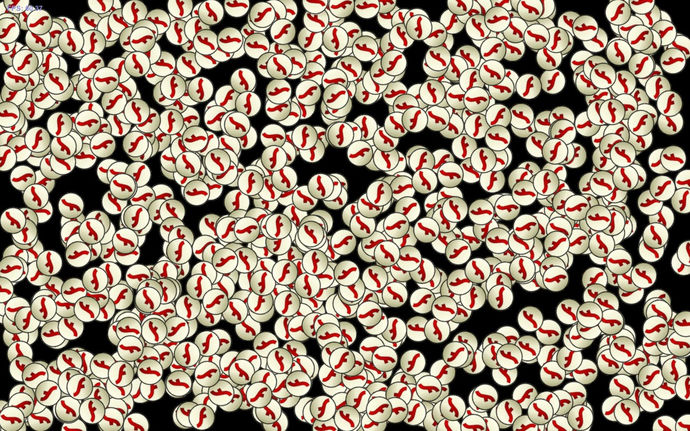 Here we see a bit different results comparing to the previous test. I guess Unity3D is faster here because of DXT5 texture compression suitable for Tegra devices only. If I use more universal RGBA32 compression which gives similar to the AIR's texture quality, I have only 30 FPS. From the other side, I have no not-tegra Android device to try other compression methods. Anyway Google Play supports different builds of the app - with different textures compression methods for example.
Texture*

Overall tests results let me say AIR is faster than Unity in 2D only mode now. I hope brand new Unity's 2D mode will let Unity3D to compete with AIR's 2D frameworks more natural way.
BTW we can see here the true power of low-level Stage3D API (all AIR's GPU-accelerated 2D frameworks are built on top of the Stage3D)! 2D frameworks developers can focus on the only features they need, optimizing performance and making frameworks lighter - very flexible approach.

Enough 2D, let's dig into the 3D!
Aaand, we'll start from the simple standard "bunch of cubes" test)
Let's make small 1000 cubes to avoid fillRate issues and use most simple color shader we have.
I'll use Away3D (4.1.0 Alpha src from dev branch) in AIR build for the same reason I used Starling previously. 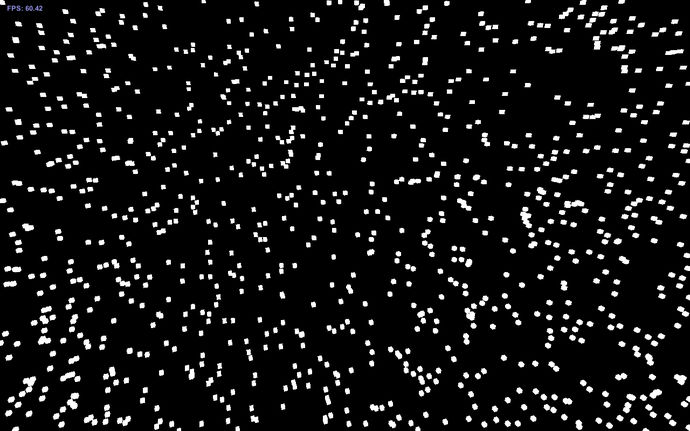 This is a total Unity3D win! I double-checked I have release AIR build. Here is a test source code for you to check if I forgot something: http://pastebin.com/iNzPZTnM
Simple Cubes* 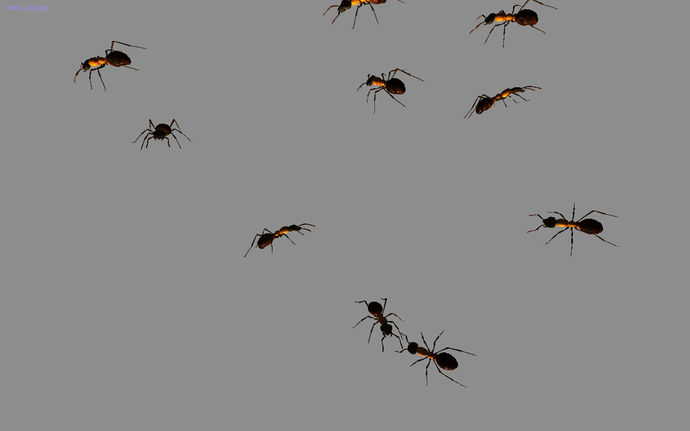 What can I say after all this tests? I'd like to say Unity3D combines high performance, flexible and robust IDE, support for wide range of platforms and nice C# programming language. And this is a really powerful combination!
So if you are the Flash (AIR) game developer and you're looking some alternative migrate to, I'd suggest you to try the Unity3D first!
BTW I used not all possible optimizations while creating these test cases to keep all workflow simple, with default approach since my goal was to try both platforms in similar way, with similar code and with only some common optimizations.
Also it was a long time ago when I used Away3D last time so I could miss something important in my code. Let me know if you'll find some critic performance issues in my code - I'll re-write it and update test results then!

I'll be glad to hear from you something about AIR vs Unity3D performance comparison!

Archive with all APKs I tested:
AIRvsUnity3D.7z (38 MB)
It's a standard LZMA2 compressed one (use 7-zip 9 or newer to unpack)

Update 1:
Archive with Unity3D sources:
UnityPerformanceTest.7z (750 KB, LZMA2)
It's a Unity3D 4.1 project. You can find 3 scenes there with 1 test from each article charpter.

All examples were tested on the 1280x800 (landscape) Tegra 2 device (Samsung Galaxy Tab 10.1) running on Android OS 4.0.4. Correct examples execution is not guaranteed on any other devices.